Property Market Investments For Sale In The Gambia 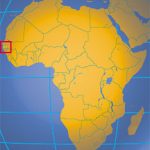 The Gambian Property market is currently undergoing a boom period. As an ’emerging property market’ the Gambia ticks all of the boxes.

As a holiday destination the Gambia has always provided guarnteed winter sunshine. It is well served by cheap chartered flights from the UK, Germany, Belgium, Holland, Denmark, Sweden and Norway all seeking winter sun and relief from Northern winter climes.

It is a four hour drive to Dakar International Airport, in neighbouring Senegal which is the international air hub for this region of West Africa. Direct flights from here exist to Paris, New York, Torronto, Rio, Dubai, the Middle East, South East Asia and major African destinations such Kenya, South Africa and Nigeria.

The Gambia is now considered a world class tourist destination. Forty years ago there were just two hotels in the Gambia. Now there are several hundred offering a range from a few pounds to five hundred pounds a night. International investment money is funding the building of further five star luxury hotel developments along the coast.

There is a thriving, expanding European ex-pat community which now enjoys the low cost and high standard of living here. This ex-pat community creates a market for good quality rental accommodation. This in turn is driving the investment market to meet the rapidly increasing demand.

Propety ownership is an integral part of the Gambian constitution. Land and property law in the Gambia is based on the British legal system and subject to the strict and unequivocal terms which govern it. This ensures that your property investment is absolutely secure. All matters are dealt with in English and many Gambian lawyers have qualified or practiced in the UK itself.

As with all administrative systems minor inefficiencies may exist within Gambian bureaucracy but fees paid to accredited Gambian lawyers will often speed up the conveyancing process and dispel any uncertainties regarding sharp practice, bribery or taxation issues.

As mentioned above all utilities rates and taxes are locally and centrally fixed and controlled by national companies and government bodies.

Billions of delasis have recently been invested in the Gambia’s infrastructure. The stadium is now a centre of excellence for young successful Gambian sportsmen. It is the home of Gambia’s Olympic and Commonwealth Teams creating a focal point for international football aspirations and a source of footballers recently graduating to playing in senior level European Leagues such as Sillah and Ceesay..

The Gambia enjoys close ties with Jamaica and the stadium is firmly established as a major venue on the reggae and African music circuit.Anthony B, I-Jahman, Gregory Issacs, Luciano, and world famous African stars such as Youssou N’Dour, Baba Mal, Aliou Mbaye Nder. The country’s thriving music scene was recently featured in a week long Radio One Special hosted by DJs Tim Westwood and Goldfinger.

The Kuwaities have funded the building of the Coastal Road, Gambia’s.main road connecting Banjul, the main tourist areas and the South of Gambia. This has effectively opened up the country and has cut many hours of traveling time.

Areas previously accessible only to four wheel drives are now readily reached. In this, Africa’s most densely populated country, this road has provided a gateway for the population to to escape from overcrowding in the urban areas of Serrukunda and Banjul.

Tourist development has quickly followed with five star hotels being built in Brufut and many eco-lodges and small scale tourist ventures are springing up further south. Land that was previously worthless due to inaccessibility is now rapidly increasing in value.

Away from the coast the road has led to a farming boom in southern Gambia providing exotic fruit and vegetables for European supermarkets, local luxury hotels and restaurants.